This was my table where I took command of the lead elements of the 51st Highland Division (153rd Brigade) our plan was to strike hard on one flank and then roll up the Axis positions with the infantry while the Armour exploited though the resulting gap.

Allied infantry deploy on table 51st Highland on the left, 9th Australian in the centre, then the Axis positions were revealed. The double row of barbed wire indicates the extent of the Axis minefield. 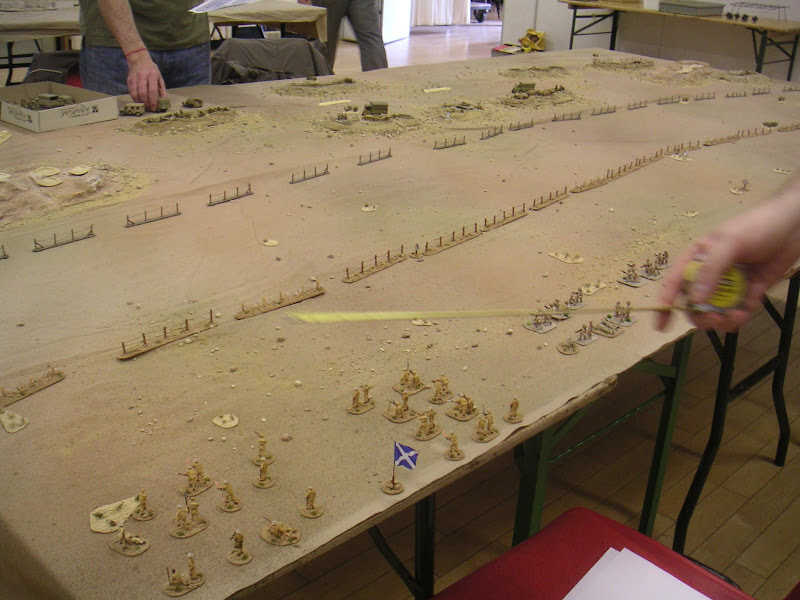 The Italian battery that caused us a lot of problems during the game, it performed far better than any other Axis battery. 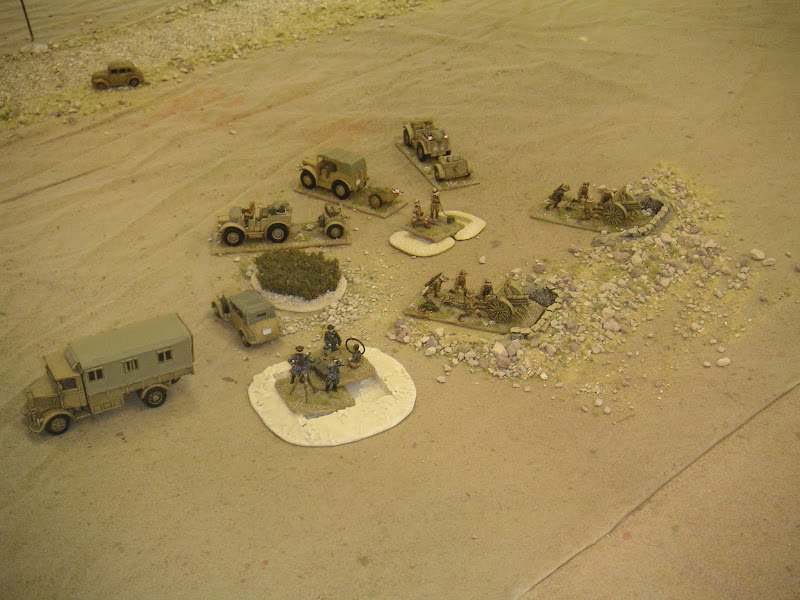 The traditional Ice Cream van appears on the Rahman track having spotted some likely customers serving a German 210mm gun. 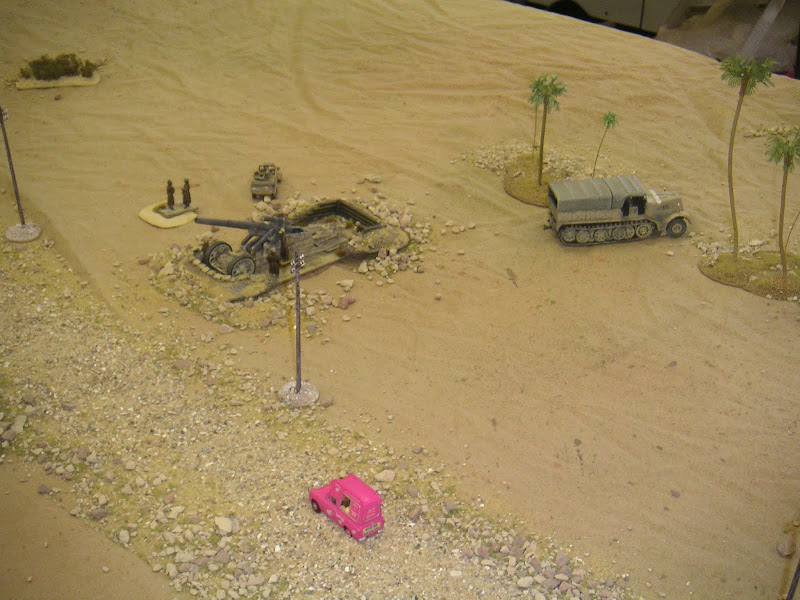 View from the north end of the axis positions 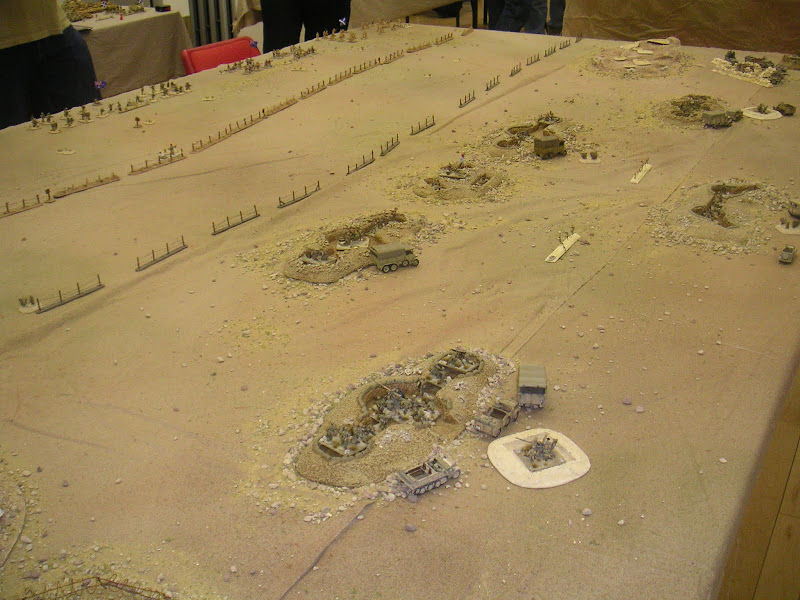 and from the south. Despite our intelligence reports there were only dummy positions on point 30 covering the Highland Divisions crossing point. The only opposition would be a dug in AA battalion. 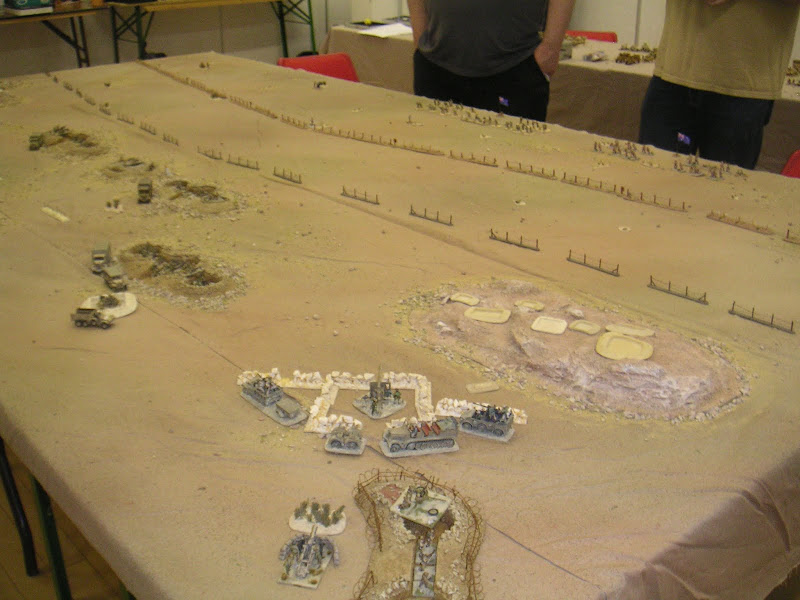 Progress! The Australians making their way across the minefield, while the enemy positions are subject to a rolling barrage. 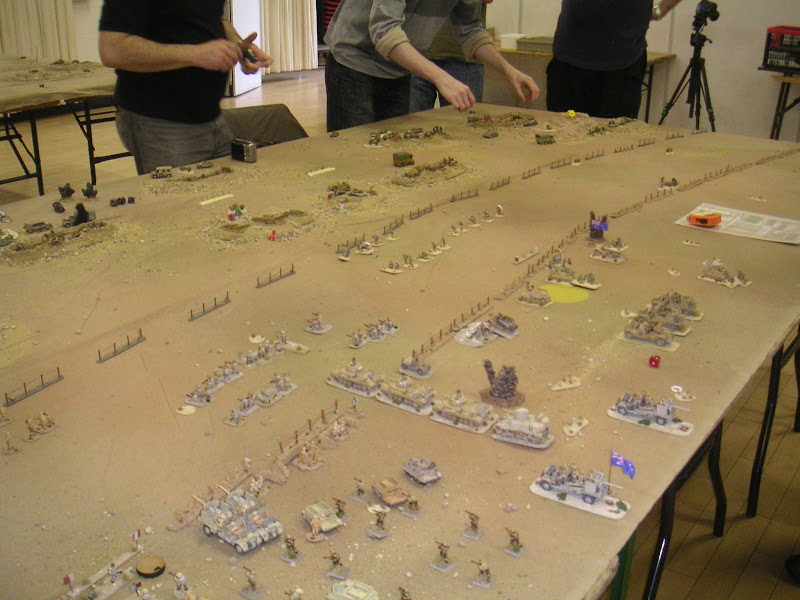 The barrage reaches the AA battalion and causes casualties. 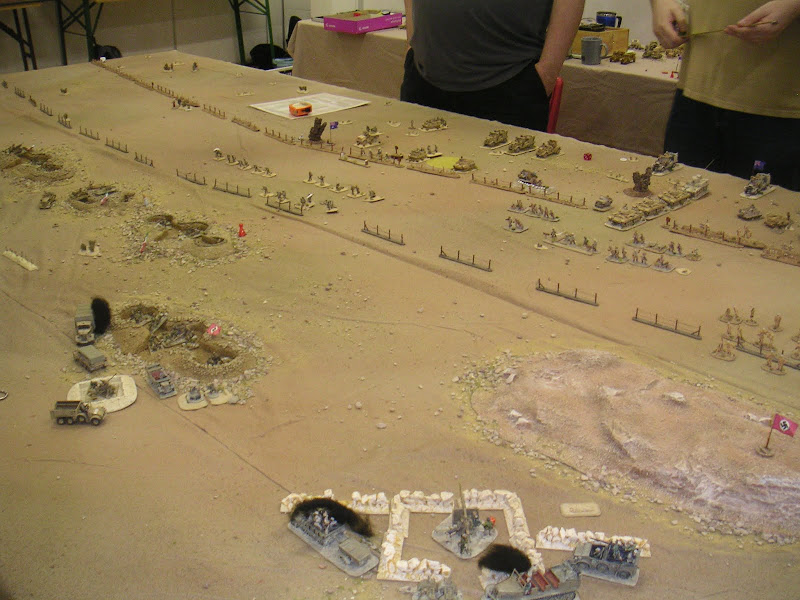 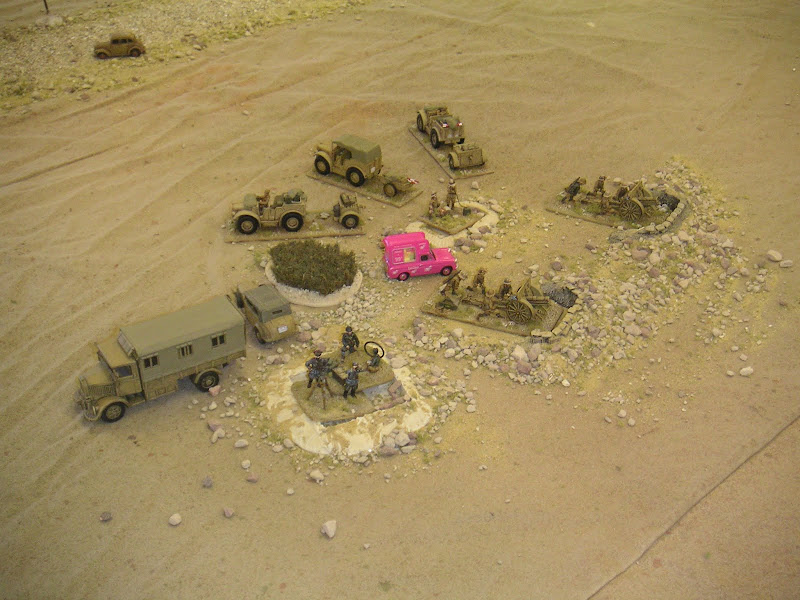 Nearly there, The Australians have almost breached the minefield and the attached Valentines from 50th RTR follow up. 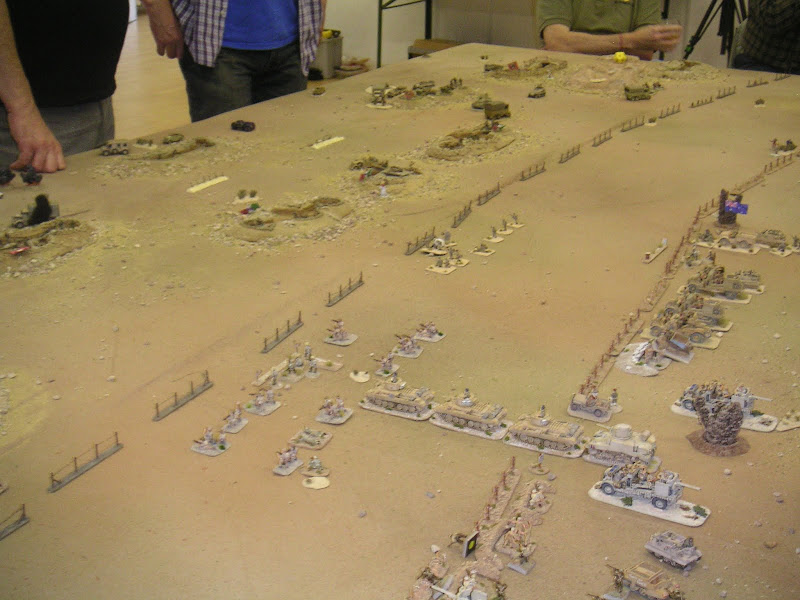 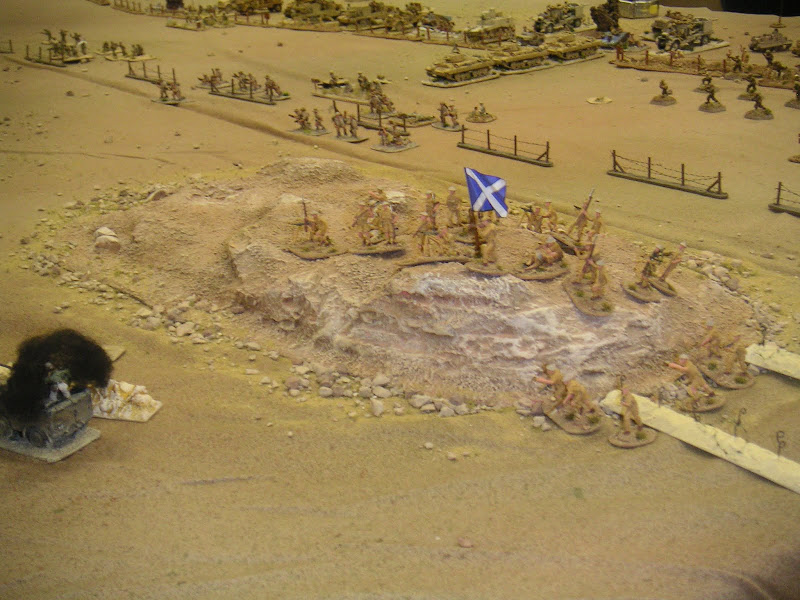 The flanking attack commences, unfortunately exposing their own flank to artillery fire, which caused the attack to stall twice. 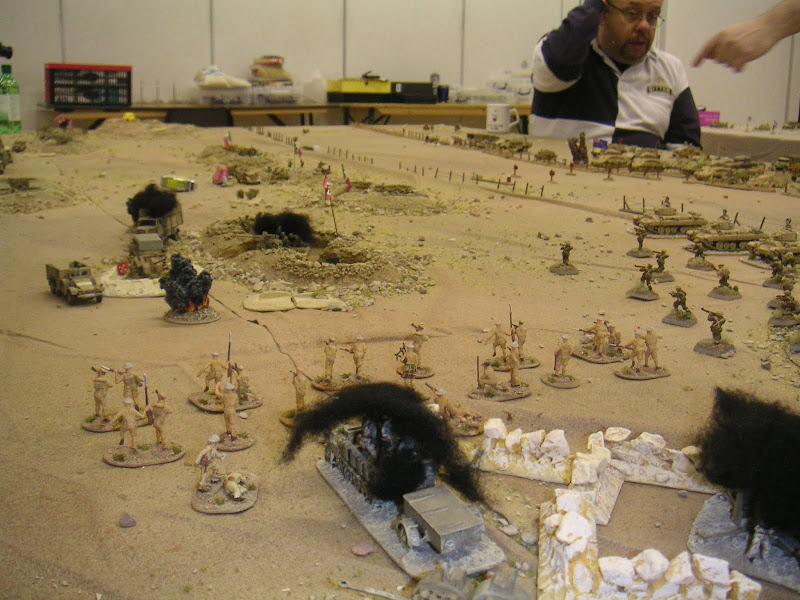 The Axis armour arrives quicker than our own armour as it had taken longer than expected to clear the minefields. 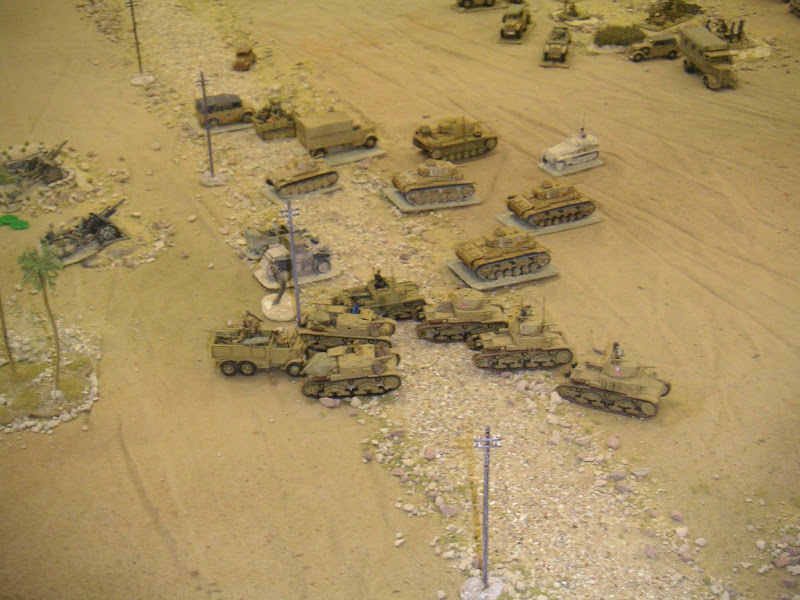 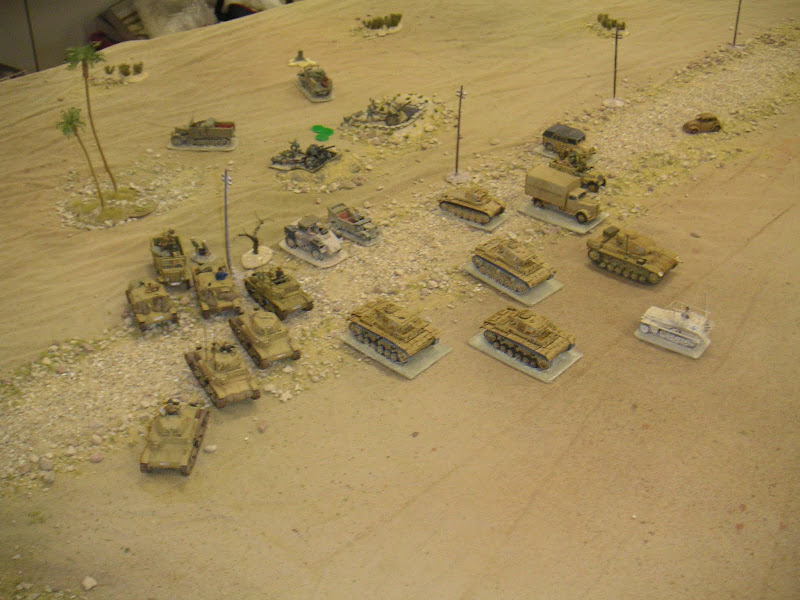 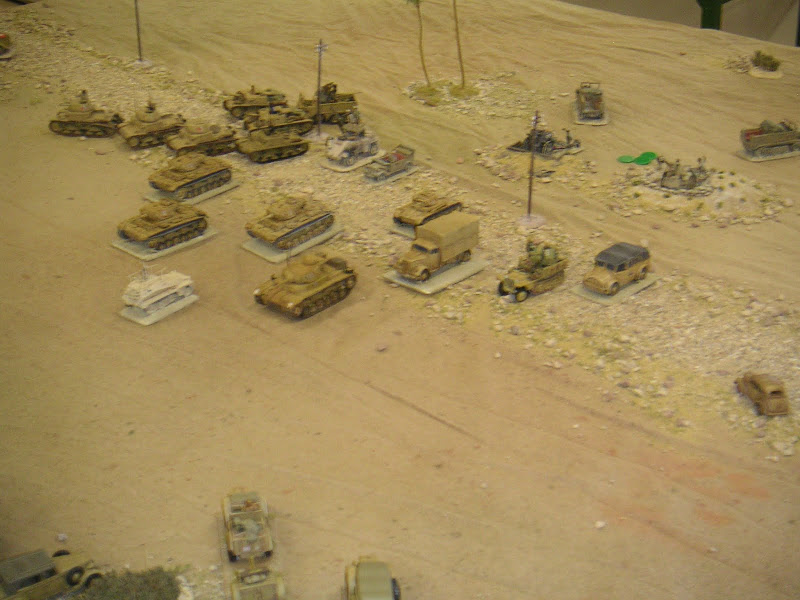 All that's available to stop them is the Valentines of 50th RTR. Will the cavalry (1st Armoured Division) arrive in time? 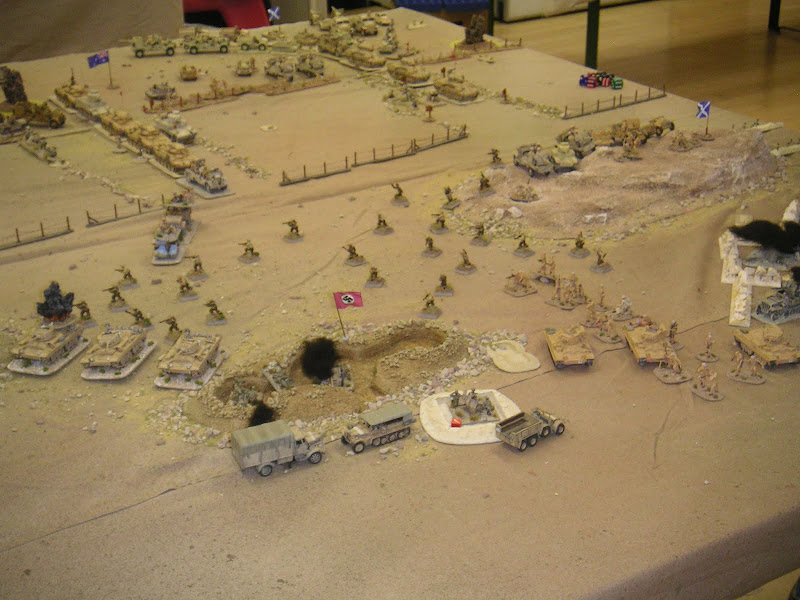 The cavalry arrives, but it's too late as time is called shortly afterwards 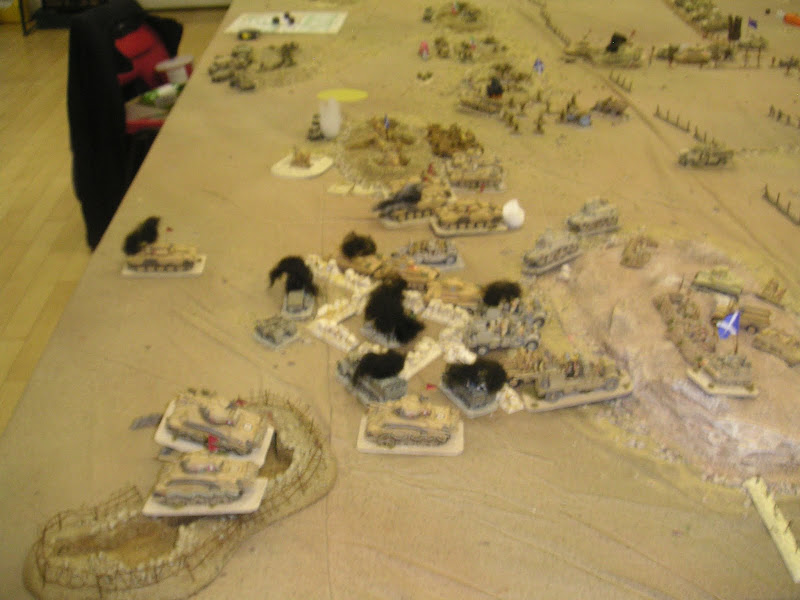 The adjacent Axis armour, who were still on their rear table. The M13/40s did push though onto the central table in the last move. 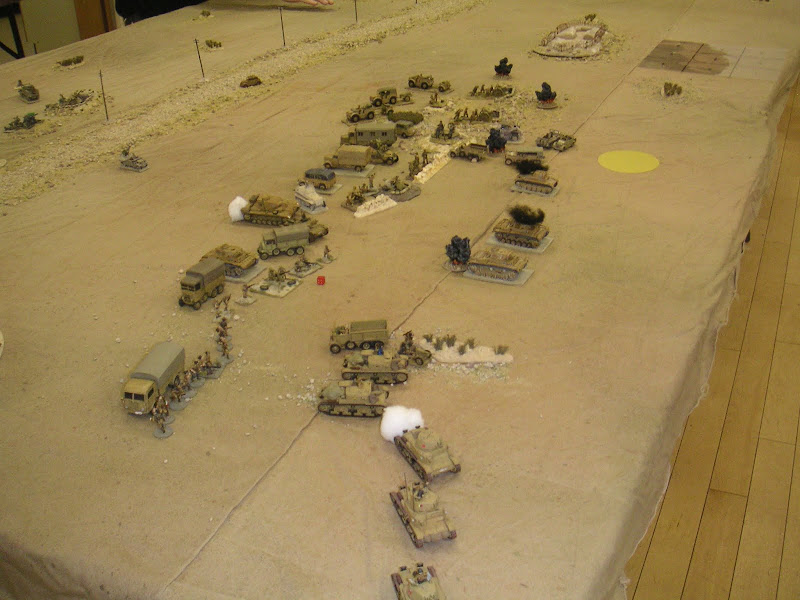 Nice visual summary Will. I recall that the action was so intense where I was, I only caught up what was happening elsewhere in bits and pieces. That's one of the great things about the "Big Games", things can be going completely pear shaped on your table and elsewhere your side is doing great (and of course vice versa)

Great report, good to see my Valentines in action.

Only managed to find one picture of my Valentines in action. 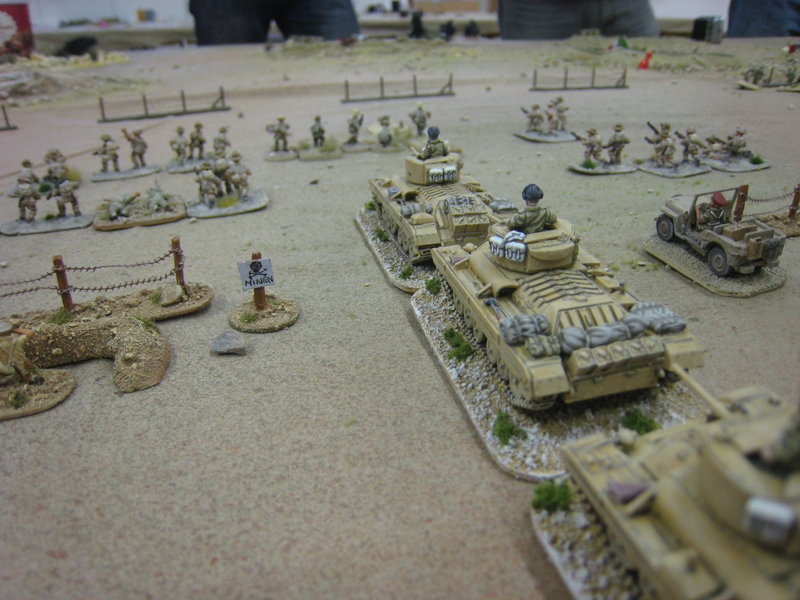 I think I first painted these fro a demo game of the Supercharge scenario.