Good evening. I thought I would add the Sussex Massif's entry into the 2015 Bovington show. This is both a narrative as well as the finished article just in case you think some of this is a bit WIP! 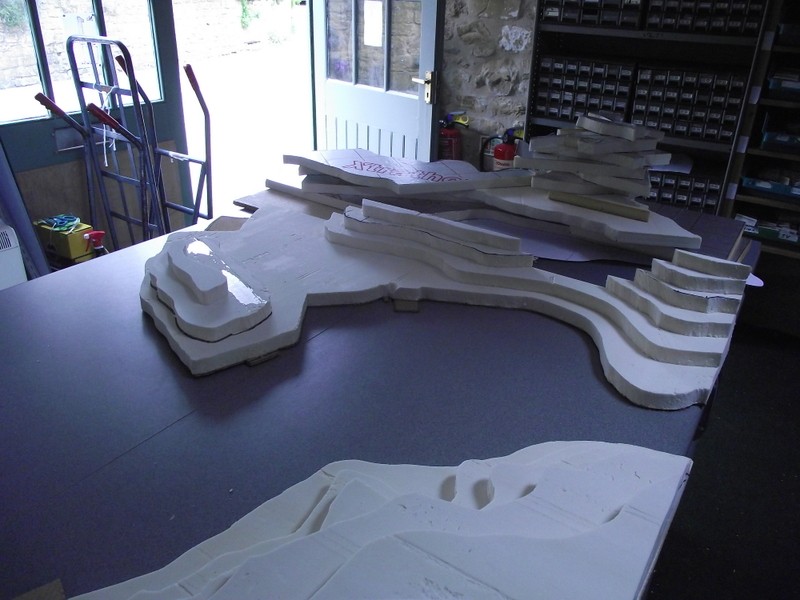 The sea was created from MDF boards painted a dull grey. These had previously been used for the Gelderland and Boulogne games of previous years at Bovvy. The terrain was made from cellotex foam insulation stacked up in ever smaller shapes to create mountains stuck on bases of Hardboard. 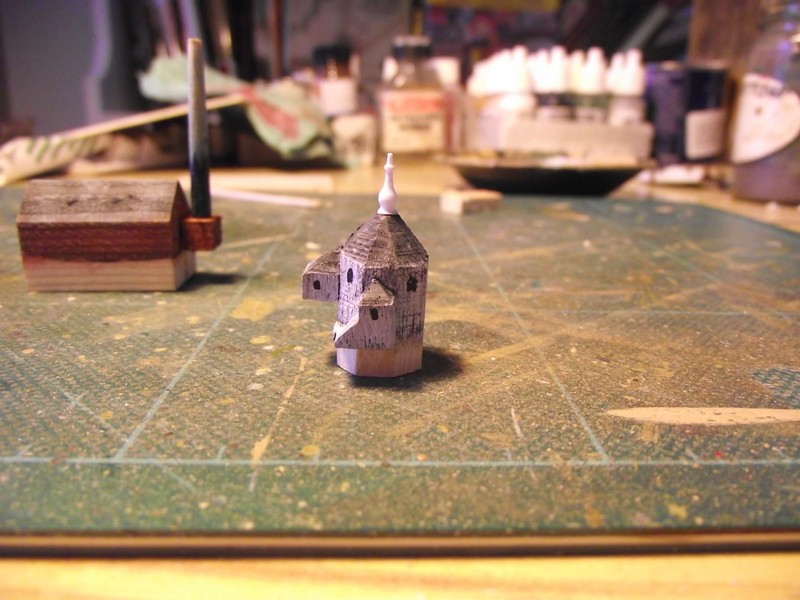 The buildings were made from simple wooden shapes painted and plugged into the terrain hence the large drop between steps and bench!
This is the church at Harkenes west of Narvik. 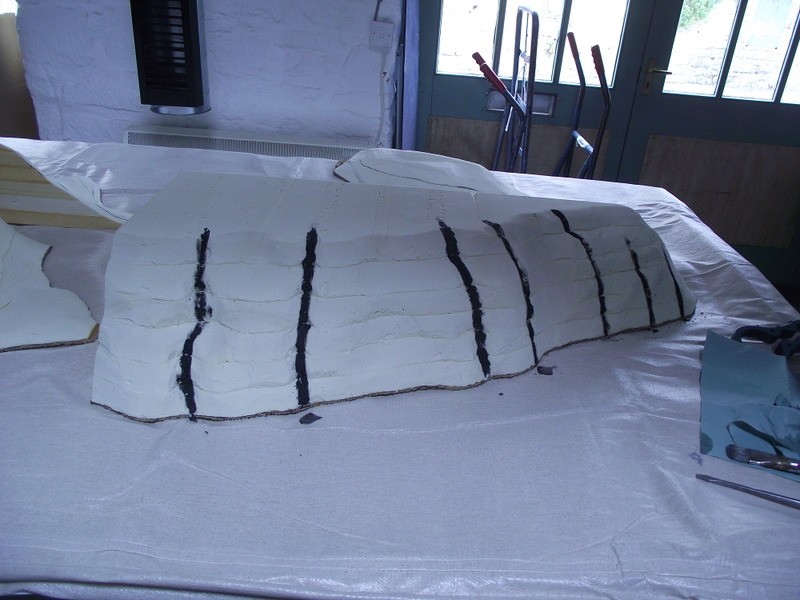 Runnels were gouged into the carved hills and painted in slate grey Dulux*. 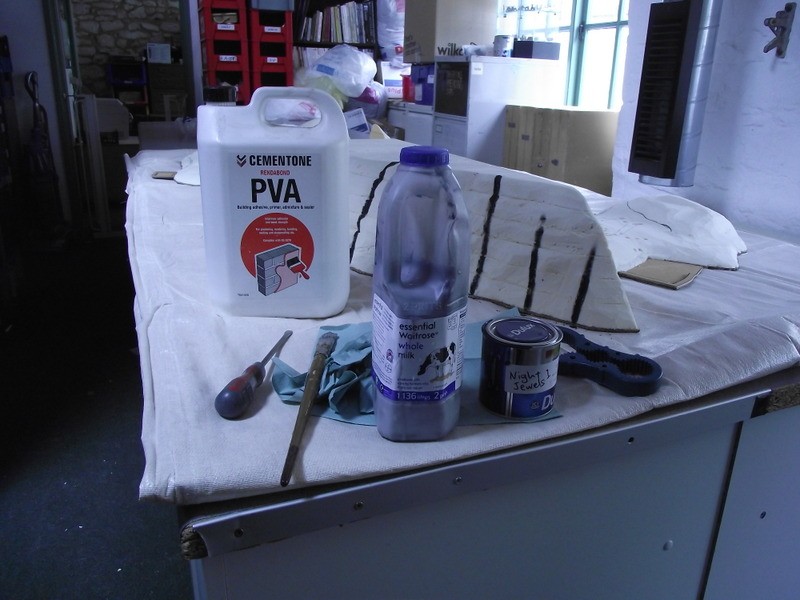 Some materials for painting the mountains. The base colour was a medium grey mixed with PVA and water and then painted over the cellotex. 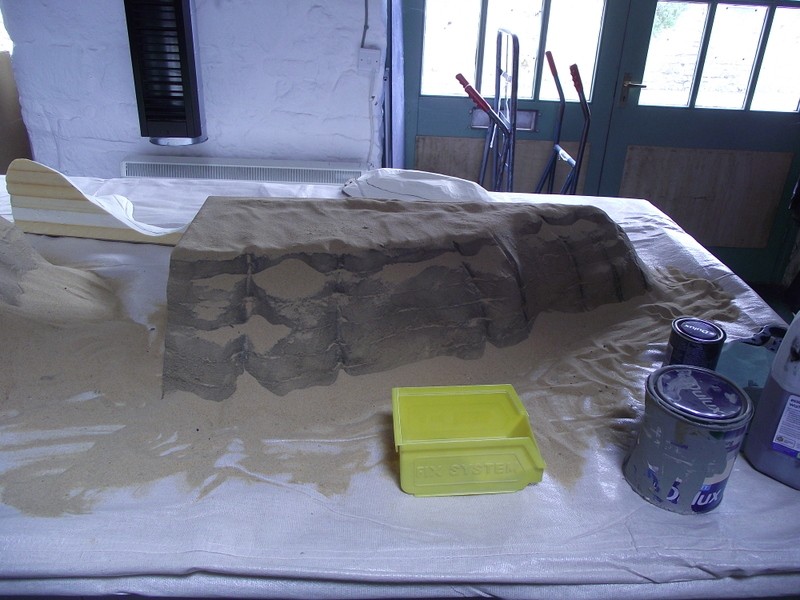 While slavered with the PVA medium Grey mix, builders sand was liberally thrown over the mountains.

Then I forgot to take good photos of the next few steps, but these were:
Apply 75/25 PVA to random areas on the mountain sides and apply compost (That's right Garden centre bagged compost!) and let to dry.
Then over the top spray thinned PVA onto these areas to soak and stabilise the compost. 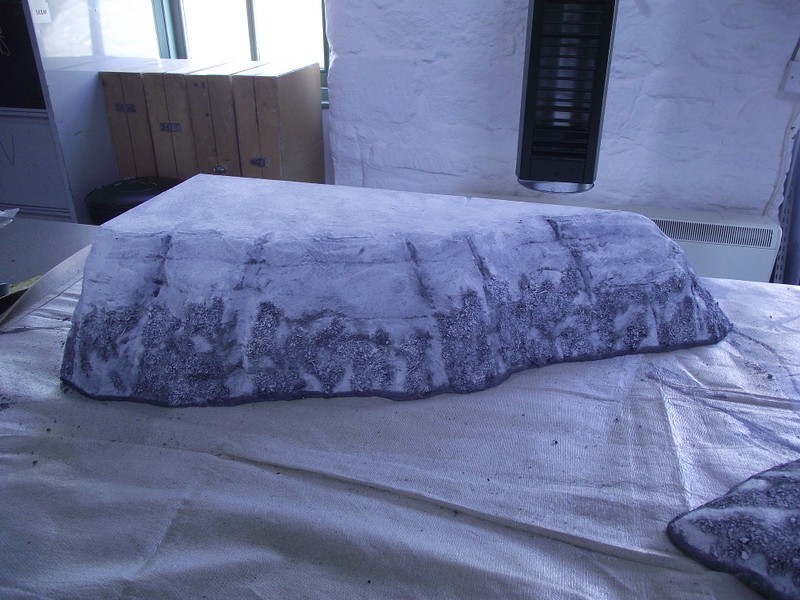 Then using another garden spray bottle, thinned white emulsion was sprayed over the whole and let to dry with the excess being mopped up.

Once dry, it looked good and the buildings were then fitted. 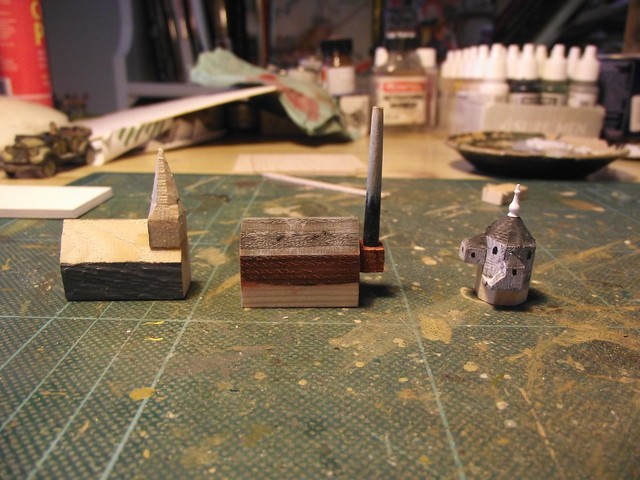 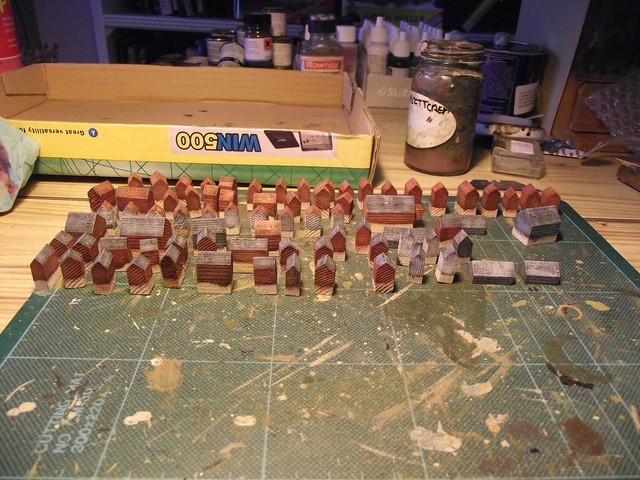 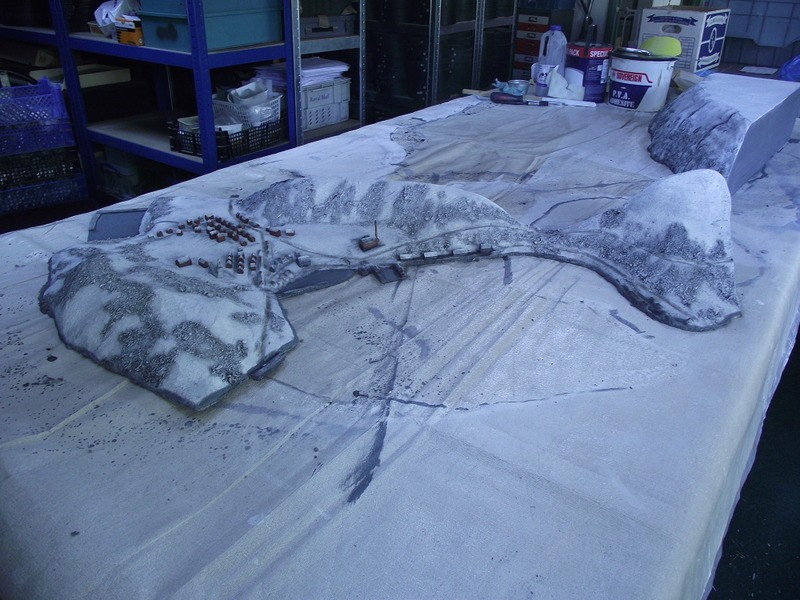 The City section had the majority of the buildings and was an odd shape. It had to be reinforced and repaired once or twice. 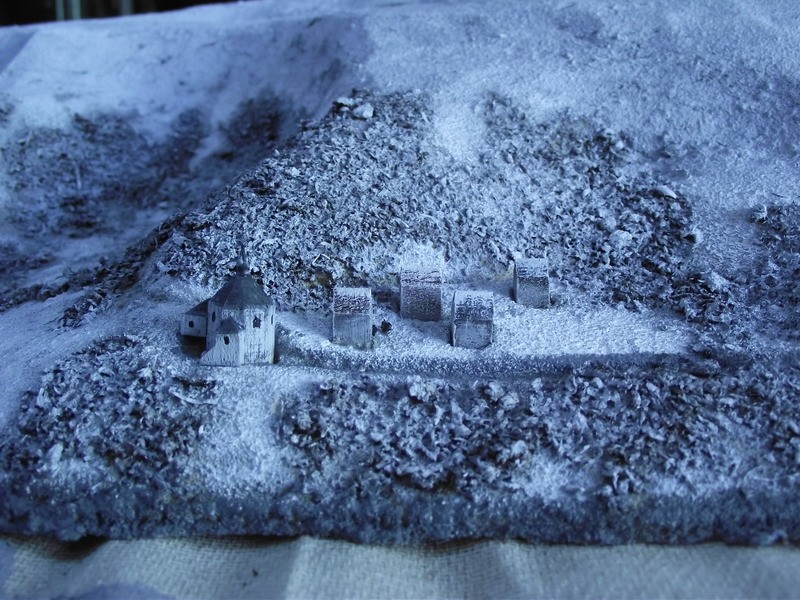 This is Harkenes, with it's church and a few houses. The effect of the compost recreating wooded mountainsides can be seen here.
The shorelines were treated with railway ballast and PVA. 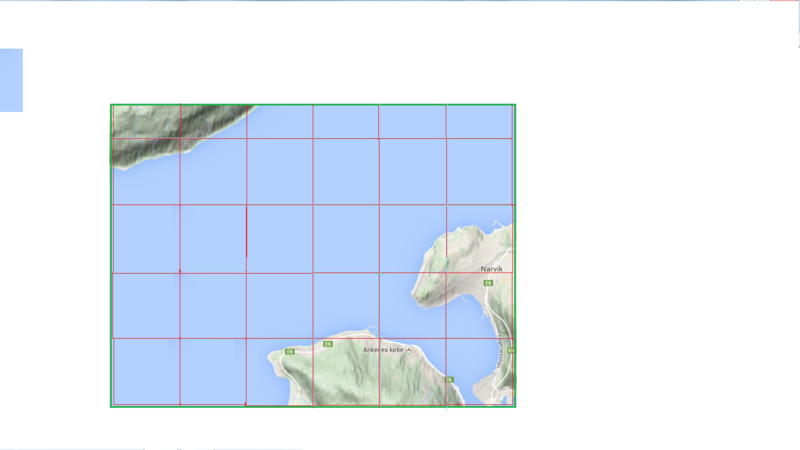 This is the map I worked from to create the table. 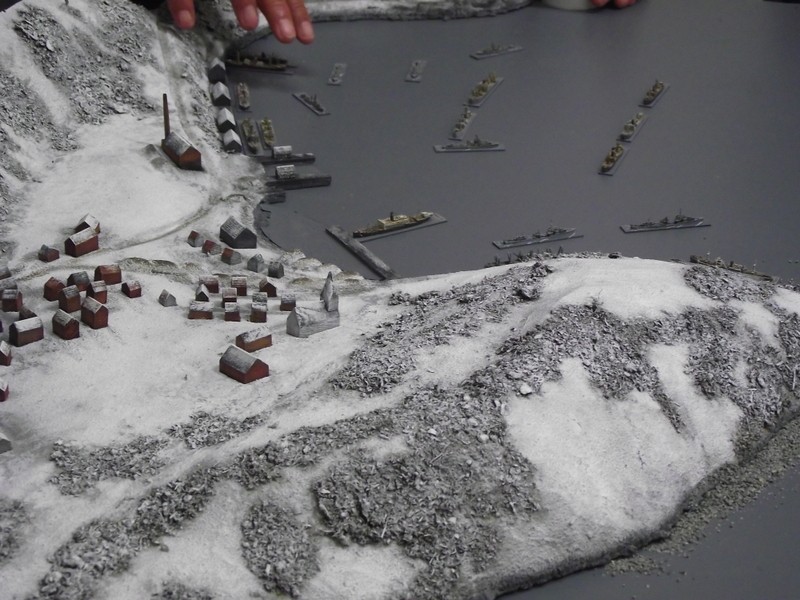 Narvik festooned with dastardly German Destroyers at the show. 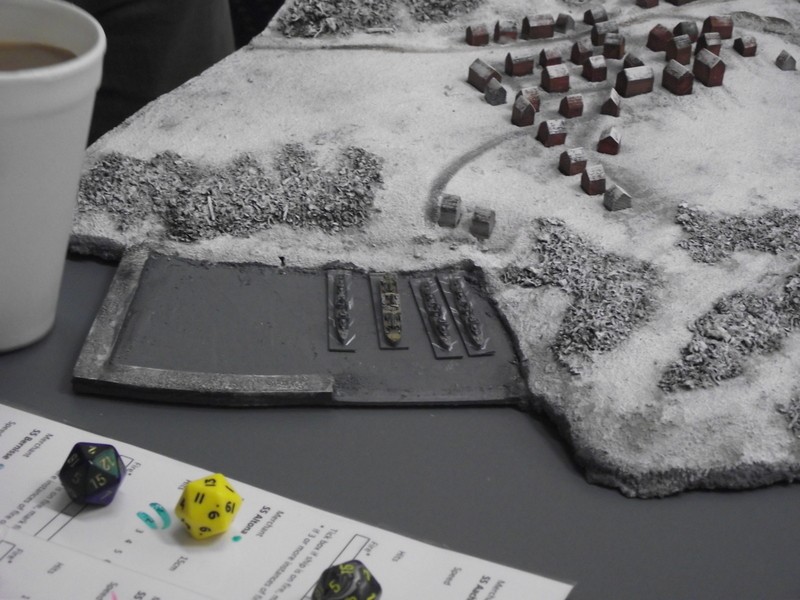 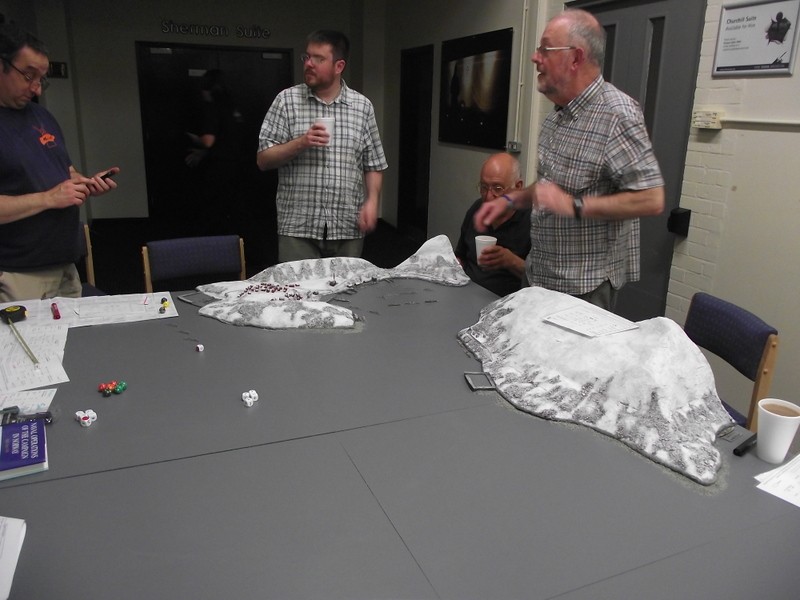 Wargamers gaming! Our Dave on the left and our Robert on the right with son Jim in't middle. (Ok, they were drinking tea just then.)

Acknowledgements must go to Gareth Tandy for thinking it up, Dave and Gareth for painting the GHQ ships, and writing the rules, and for the lads from Bognor club for coming along and making a good game of it. We won best participation game and Best in show that year

More photos of this soon.

This was designed as a participation game. As usual we chucked the party game rule book in the fire.

Even the movement and turning circles where to scale...

During the day mist of BGS came by, most had been to Narvik. All described where they stayed just off table in a space little larger than a saucer. (More tea references). For me the real proof of Ian's terrain was a visit from a Norwegian family from 30km from Narvik. Who were pointing out where some of their friends lived on the table.